KENYA FILM COMMISSION (KFC) UNVEILS THE NOMINEES FOR THE 10TH EDITION OF THE KALASHA INTERNATIONAL FILM AND TV AWARDS.

On 18th November 2020, Kenya Film Commission unveiled the nominees for the 10th edition of Kalasha International Film and TV Awards via a broadcast on NTV. Kalasha Awards is an annual event that recognizes and celebrates exceptional talent in the film and TV industry in Kenya. The call for submission that ended on 16th October 2020 attracted 1036 entries in the various categories up for competition.

This year, the Commission introduced the Best Children Production category. “From our Audience Development Strategy research, there has been a growing need for Children content on our screens and as a result, the Commission introduced the Best Children Production category to acknowledge the Producers who have developed concepts to accommodate our children as screen audiences,” notes KFC CEO, Mr. Timothy Owase. Mr. Owase further commends the resilience of Kenyan filmmakers who have continued to make huge strides in these trying times. “At the beginning of this year, it seemed as though COVID-19 would halt production and affect content creation altogether; however, our TV shows are on the rise and Kenyan films are being premiered on global platforms,” he noted.

The Jury noted an improvement in the quality of productions. “This year, the stories are more authentic and relatable and filmmakers are pushing the boundaries of creativity”, stated Mr. James Kanja, the Jury Chairperson. He also pointed out that the rise of new actors, including children, is evident and this guarantees continuity in the creative industry.

The unveil of the nominees sets the stage for the public voting which opens on Thursday, 19th November 2020 and closes on 3rd December 2020 leading up to the Awards Ceremony scheduled for 12th December 2020.

For the second year in a row, the Commission has partnered with StarTimes Limited whose mobile App – StarTimes ON – is the official Kalasha Awards platform where the nominated films have been uploaded for viewing and voting.

“We are delighted to complement Kenya Film Commission’s efforts to develop and promote local content as through the StarTimes ON platform, we are extending viewership and voting for the local films across the Pan African region. Last year, the platform managed over 85,000 votes cast for the different categories; we are therefore optimistic that film lovers will rally behind their favourite stars towards surpassing the inaugural performance,” said StarTimes Kenya CEO Mr. Hanson Wang.

Link to the StarTimes ON App: http://m.startimestv.com/hybrid/vote/FilmKenya

See the Nominees below: 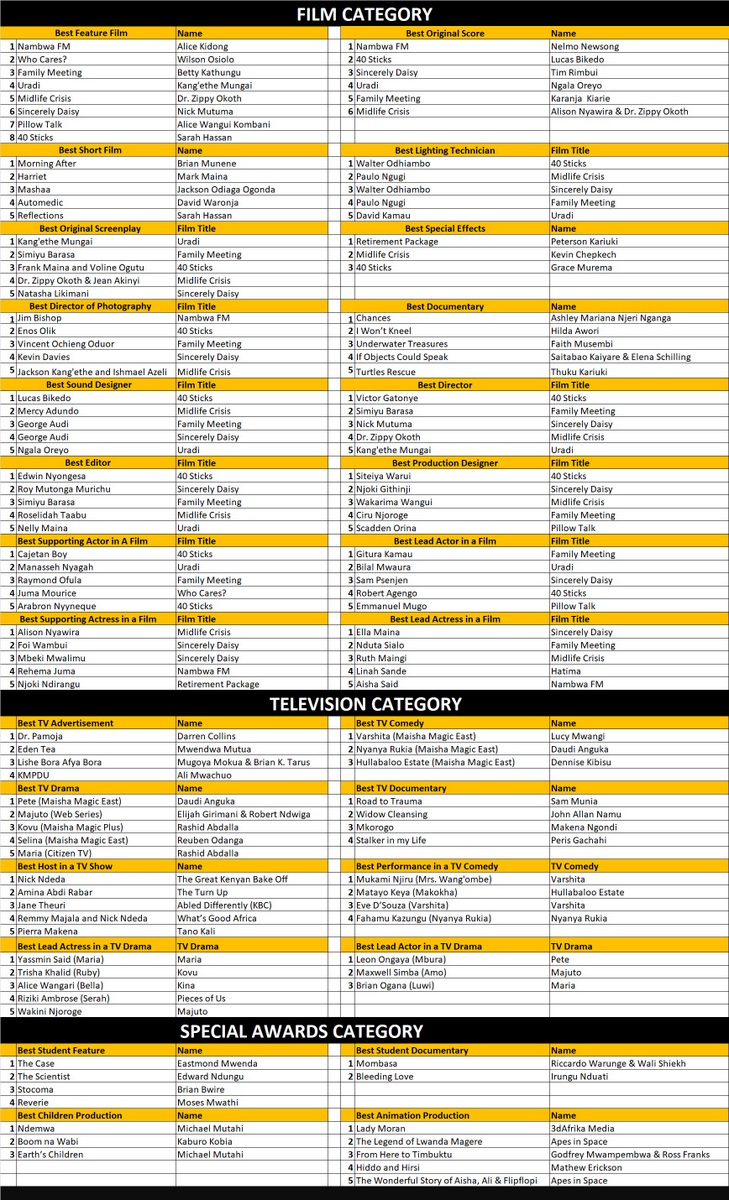