Kalasha International TV and Film Awards marks its 10th anniversary this year! This year’s call for submissions closed on 16th October 2020. A 9-member Nomination Academy drawn from film industry Associations, Academics and Industry professionals is currently deliberating on the submissions. The Nomination Academy members are:

Kalasha International TV and Film Awards marks its 10th anniversary this year! This year’s call for submissions closed on 16th October 2020. A 9-member Nomination Academy drawn from film industry Associations, Academics and Industry professionals is currently deliberating on the submissions. The Nomination Academy members are:

James Kanja is a Producer and Director who specializes in TV commercials, Episodic TV Series and Films. James started his career in Bollywood – Mumbai India, where he worked on numerous feature films such as Taalash and Khabi Khushi Khabi Gham as a casting/model coordinator.

On his return to Kenya, James set up Black Magic Films where he is currently the Executive Producer and Director. Amongst his award-winning works include The XYZ Show as the founding Director for the TV series, Pamela short film (Lola Kenya Screen Best Children’s Film) and recently, a Kenya Schedule Line Producer on the Netflix award winning series Sacred Games 2. He has also produced numerous TV commercials for Kenya and the international market.

James believes in telling authentic, transformative stories and having fun while at it. He is a certified rugby-holic who loves the outdoors, off-roading and watching his son take stuff apart. 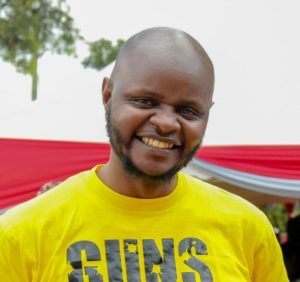 Fred Makori is a film enthusiast with over 11 years of experience in the media industry as a Scriptwriter, Graphic Designer, TV Producer and Director, TV Concept Developer, Production Coordinator and Editorial Researcher for documentaries, advertisements, Public Service Announcements (PSAs) and films.

He has produced and directed short films comprising: Lockdown, Solid Rock and Linda among others. He is currently working on his debut feature film to be shot in 2021.

Fred has served as a member of the Kenya Oscar Selection Committee which views and judges entries from all over Kenya to select the country’s representative in the Oscar Academy Awards. He has also served as the Vice Chairman of the Kenya National Film Association (KNFA).

Fred holds a Bachelor of Arts Degree in Graphic Design with professional training in Film and TV production. As a film critic, he helps filmmakers in Kenya and the region make quality films for Cinema and TV. He believes that film is life and through it, we tell our stories and hand down values and culture to generations after us, thus shaping perception.

She has been involved in the development and writing of several TV series, feature films and short films. Her feature film scripts Miss Detective and Garbage Chief were produced by Africa Magic Original Films and aired on M-net’s Africa Magic. Her writing credits include Sumu la Penzi and Jane and Abel TV series that aired on Africa Magic and Miss President reality TV show.

Jackline has produced several short and feature films. Her short film The Box was awarded the Best Short Film at the 2015 Coast Film Festival. Her proof of concept short film On Your Marks was awarded a laurel during 2017 Miami Epic Film Festival in Miami, Florida. The feature film is now in fundraising stage with exciting possibilities for production.

Jackline is a member of the Kenya Scriptwriters Guild (KSG) where she served as Committee Secretary in 2018. While heading the KSG Workshop Committee, she was involved in facilitating and organizing several scriptwriting workshops in the region including the European Film Festival Workshop 2018, Huipalas Kariobangi and KSG session at Alliance Francaise and Talanta Institute.

She was a speaker during the 2018 4th Writers Conference of Screen Writers where she spoke about the 50/50 gender role and its challenges. She was also a speaker at Kalasha Film and TV Market in 2018. In 2019 at the Women in Film Pre-Conference organized by Alliance of Slum Media Organizations (ASMO), Jackline addressed the Scenario of scriptwriting in Kenya.

Besides filmmaking, Jackline works as a Script Writing trainer with several institutions including Kenya Film School, Slum TV Kenya and Braeburn School. She is currently coordinating Write It Out – an online mentorship program that offers hands-on training for young scriptwriters in the industry.

Simon Mwaura was trained as a Creative Writer at the Kenya National Youth Talent Academy 2008-2009. He has been a key player in Film and TV sector development as a Board Member of Riverwood Academy Awards and Secretary of the Riverwood Ensemble Filmmakers Association. He has served as a Committee Member, Jury and Consultant for the sector Government departments such as Kenya Film Commission, Kenya Film Classification Board, Kenya Copyright Board and Communication Authority of Kenya. He has worked with different brands as Content Aggregator

Simon served as a Senior Editor for Women Today and Gifted and Talented magazine. He is an award-winning film and TV producer having won a Kalasha Award in 2012 and Riverwood Award in 2014. He is currently the Head of Design TV. 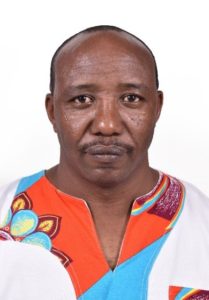 Mishael Mose Nyangau is a Communication and Media Studies Teacher/Lecturer at Nairobi Primary School and Kenya Methodist University. He has worked as a film Producer, Director, Scriptwriter and Actor as well as an Adjudicator at Kenya Drama and Film Festivals.

He holds a Master Degree in Communication Studies from University of Nairobi’s School of Journalism and a Bachelor Degree in Education (English Linguistics Major and Literature) from the same institution. He is currently a PhD Candidate at Jomo Kenyatta University of Agriculture and Technology (JKUAT) pursuing Communication and Media Studies.

Mishael is a Committee Member of Association of Film Producing Educational Institutions in Kenya (AFPEIK). 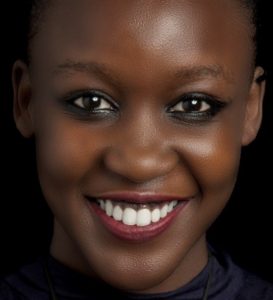 Joy Alunga is a borne creative innovator, carefully tailoring design solutions to suit innovative businesses. As a Graphic Designer, she has over 6 years of experience designing everything from corporate identities, 3D montages and websites for various corporates and individuals alike. She has been fortunate to work with top brands including DoubleTree by Hilton and Brand Kenya.

In her constant pursuit of excellence, she continues to play her part in enriching the creative industry by teaching part-time at Nairobi Institute of Technology and holding office with the Association of Animation Artists of Kenya.

When she is not designing or working on corporate brands, Joy will be found drawing or in the midst of huge masses of canvas on painting dates with close friends. 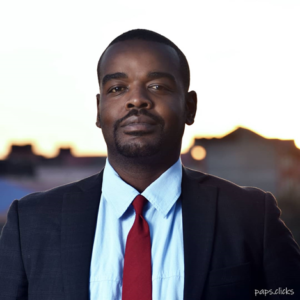 In 2008, Makutano Junction TV Series ushered Alfred into the TV scene where his writing and acting skills were honed by industry professionals. He has continued to shape and cultivate his craft through numerous TV shows and film industry Masterclasses. His journey in film started in 2010 when he was cast in the award-winning film The First Grader – a true story of the 84-year-old Kimani Maruge’s quest for an education which attracted Hollywood stars like Naomie Harris.

Alfred is a member of The Kenya Actors Guild. He describes himself as a passionate and positively driven Creative, a loving father and a patient son. 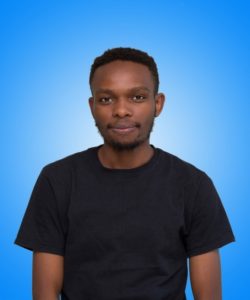 Joe Kageni is a talented creative with over 5 years’ experience in the photography, film and motion picture industry. As a filmmaker, he has been privileged to work with a broad range of clients from Coca Cola to WWF Africa, Africa Development Bank, AGRA and various agencies of the United Nations.

Coupled with his skills in camera work, cinematography, video editing and Adobe tools, his refined analytical skills, team spirit, keen eye and attention to detail have contributed immensely to his work ethic as a trusted filmmaker and photographer, having shot multiple documentaries and stories across the continent.

Joe is a member of the Kenya Film and Television Professionals Association (KFTPA), a body that aims to promote the interests of filmmakers in the country as well as the entire film industry. He enjoys bringing stories to life in their vibrancy and uniqueness and has an ardent love for working both on and offset.

When not capturing moments through his lens, Joe enjoys travelling and seeking out new adventures

Loise Makato is a media enthusiast with 10 years’ experience in TV Programming in various media stations. Loise holds a Master Degree in International Studies from University of Nairobi’s School of Journalism and Media Studies from where she also graduated with her first Degree. She is also an alumni of Kenya Institute of Mass Communication where she graduated with a Diploma in Film and Video Production.

Loise is a member of the Media Council of Kenya. Her mantra is impacting positive change on everyone she interacts with.

© 2021 Kenya Film Commission. All Rights Reserved.
another one from Ideas Factory