The Kenya Film Commission today unveiled the 2022 nominees for the 12th edition of Kalasha International Film and TV Awards at Panari Hotel. The selection process of the 217 films submitted was carried out by a jury of experts consisting of stakeholders drawn from film industry associations, corporate, government and industry professionals.

This year saw the number of submitted films go up compared to 149 films submitted in 2021. The jury also noted the constant themes being those on Mental health awareness, Domestic violence, Elections, Substance and Drug abuse and Violence.

“There is notable improvement in scriptwriting with some films doing very well in structure and great story telling.  Use of good storytelling tools like flashbacks, story in a story, comedy, poetic irony, use of music and monologues”, notes Valentine Kamau, Kenya Actors Guild and Chairperson of the 2022 Nomination Academy.

The submissions received were very competitive and showed a huge potential in the Kenyan film industry; however, there is still lack of authentic Kenyan stories from filmmakers and Tv industry players while the international Award Category for East African Countries was well embraced by Tanzania film industry, low uptake was noted from the other countries.

Categories open for public voting and scored by the jury on an 80% for jury and the public vote at 20% are;

The Best viewer’s choice categories (feature film and TV Drama) will be 100% public vote after nomination by the jury. The jury nominated 10 nominees in each of the TV and feature film categories which will be subjected to the public for 100% voting.

By 30th October, the nomination academy had evaluated all the submitted films and came up with the list of nominees given below; 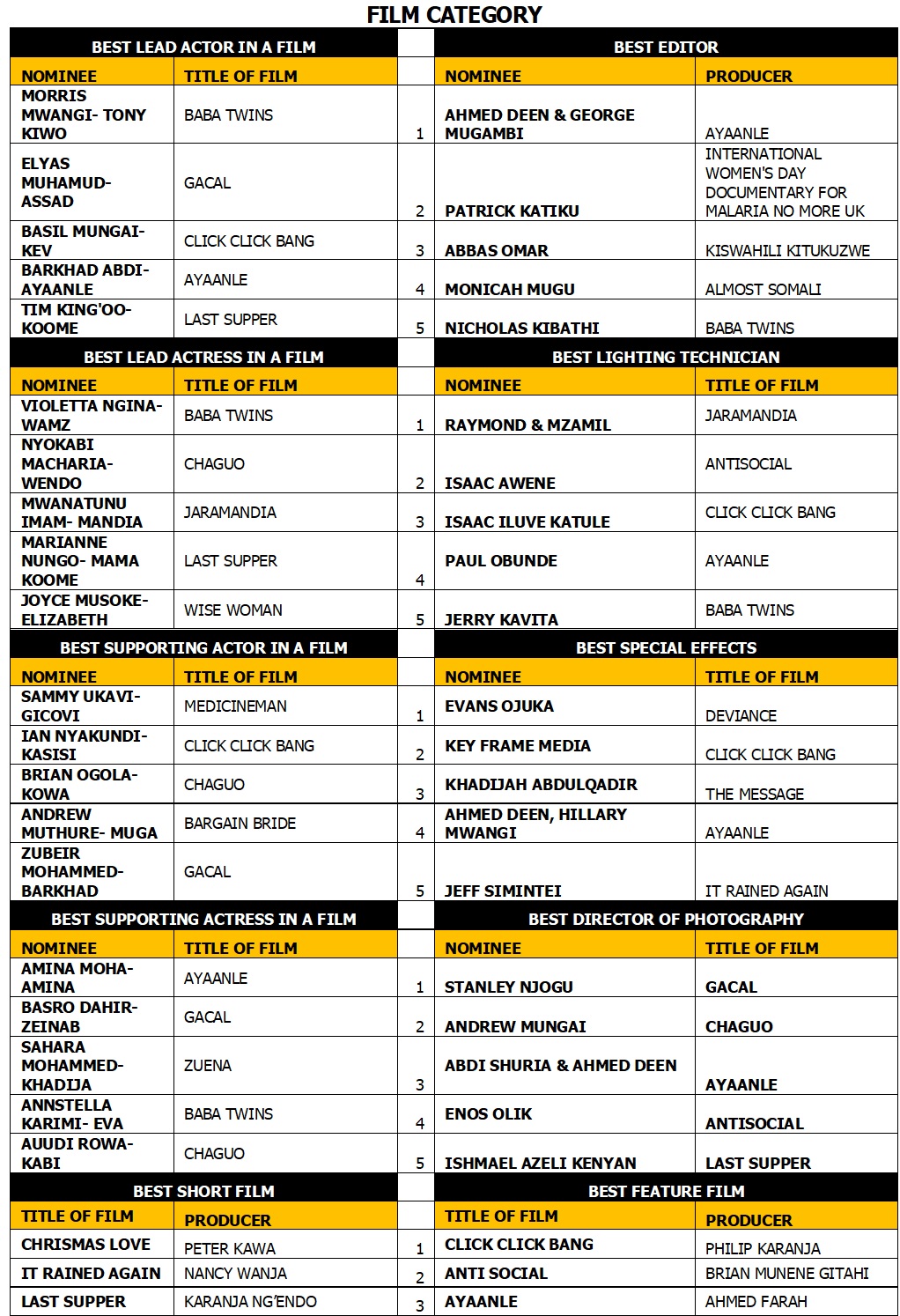 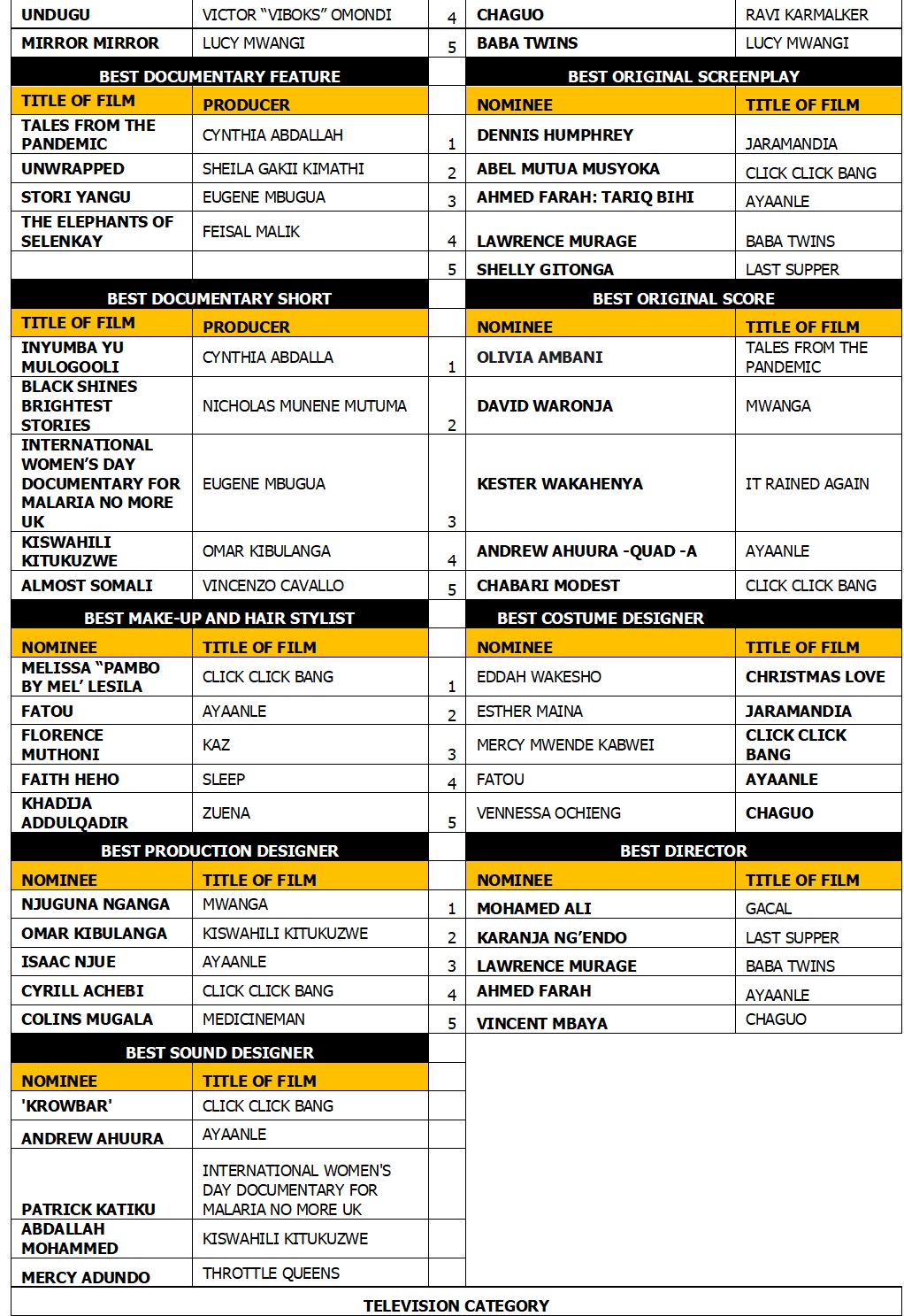 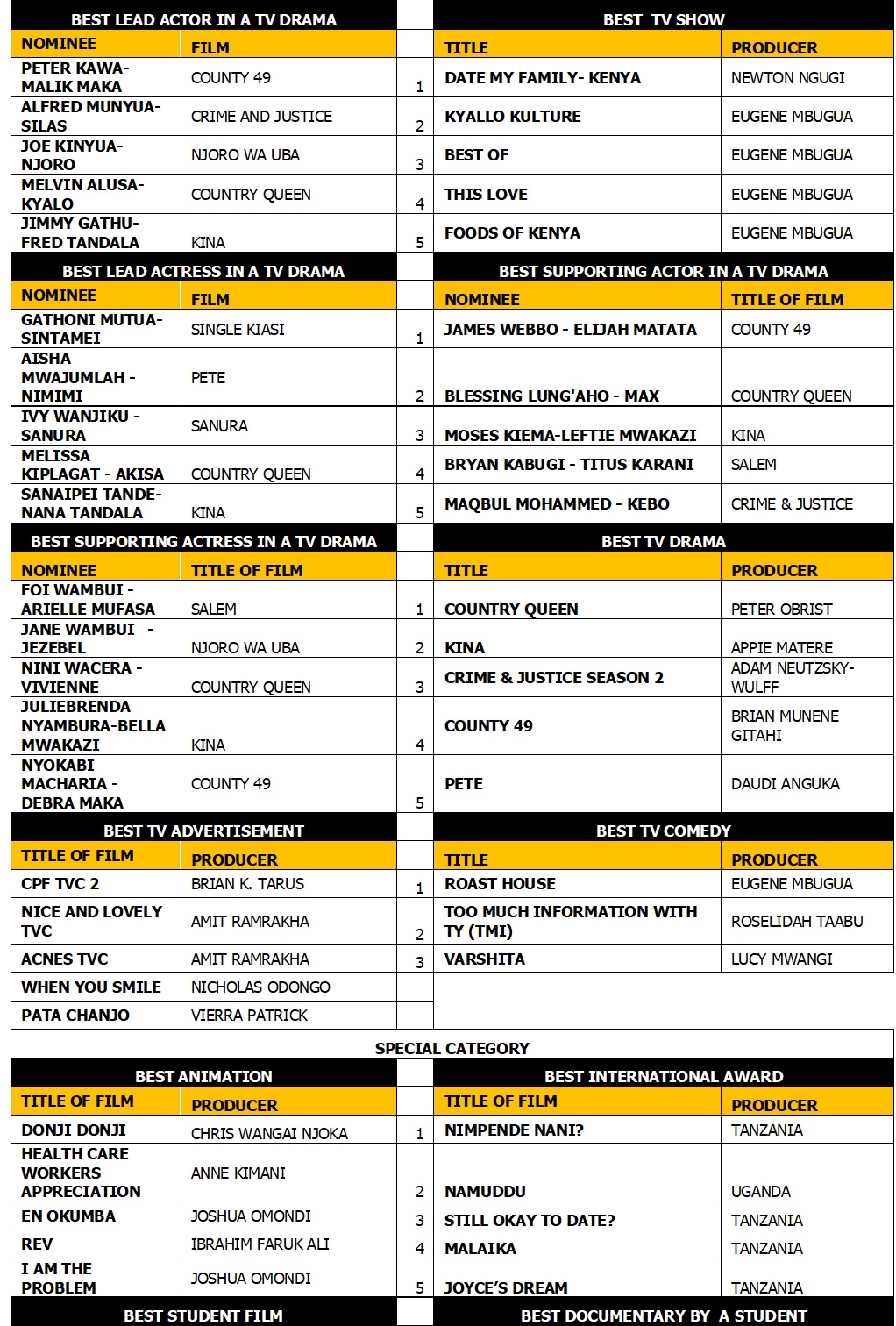 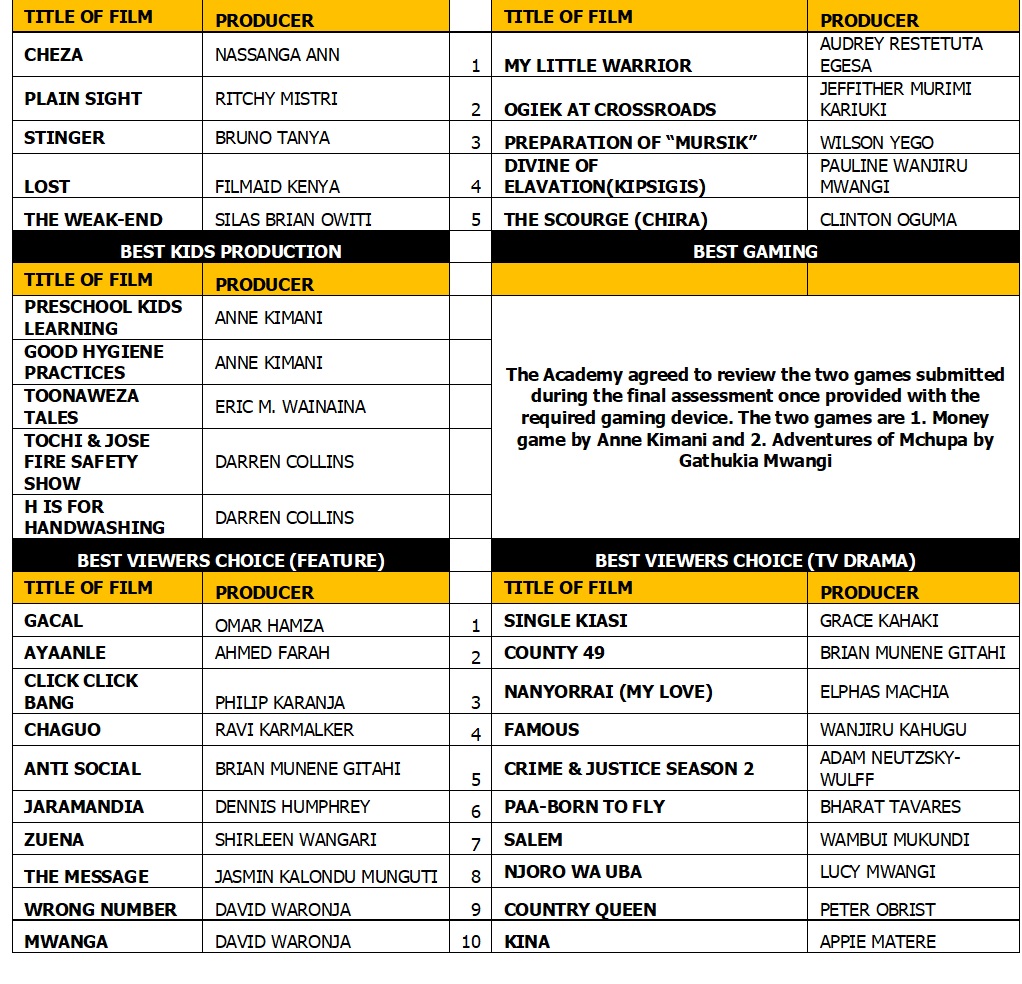 Kalasha Film and TV Awards is an initiative of the Kenya Film Commission that seeks to recognize talent in the different facets of Film and TV industry. Central to the Commission’s mandate is the promotion of a vibrant local film industry. Through the establishment of a fair and democratic set of regulations for the Awards, the Commission is continuously boosting a vibrant local scene by encouraging healthy competition amongst film makers. This ensures higher levels of good practice within the industry.

Voting is done through the Startimes ON App which can be downloaded on Google Playstore and App Store.