The first cohort of the Kalasha Writers Hub Film Residency Programme graduated on Friday, 4th June 2021 in a ceremony graced by the Government Spokesperson Col. (Rtd) Cyrus Oguna and KFC CEO Timothy Owase among others, at the Goshen Hotel, Eldoret. The programme is designed to power the storytelling capability of the Kenyan scriptwriters.

The 20 Graduates are Scriptwriters selected from various Counties within the Regional Economic Blocs in the country. The Scriptwriters were taken through an intense 4 weeks course of scriptwriting for Film and TV by 2 trainers namely: Mona Ombogo and Paul Ekuru. Ms. Ombogo is a seasoned Scriptwriter whose credits include Borderline (Showmax TV Series), Kona (Mnet TV Series), Changes (Mnet TV Series), Mali TV Series, Dream Child (Feature Film), among others. Notably, Dream Child won the Ksh 1 Million cash reward in the Kisima Music and Film Awards 2020 for its effort to create child-friendly content.

On the other hand, Mr. Ekuru is an Emmy Award-winning media executive, a Communications Strategist, a Media Trainer and an Obama Leadership Fellow with a 15-year portfolio of leading high impact multimedia and film production, screenwriting and directing, and media training. His screen credits include Agenda Kenya talk show, Be The Judge Drama Series (KTN), Uongozi reality TV Series (NTV Kenya), among others.

Making his remarks on behalf of H.E. Jackson Mandago – Governor for Uasin Gishu County at the Kalasha Writers’ Hub, Mr. Joseph Kurgat – CEC, Education, Youth, Sports & Culture has committed to allocate funds to support the creatives in this forum have proven to be change makers.

KFC’s CEO Mr. Timothy Owase assured the trainees of development of the film and TV industry by expanding the scope of opportunities for creatives in the country. 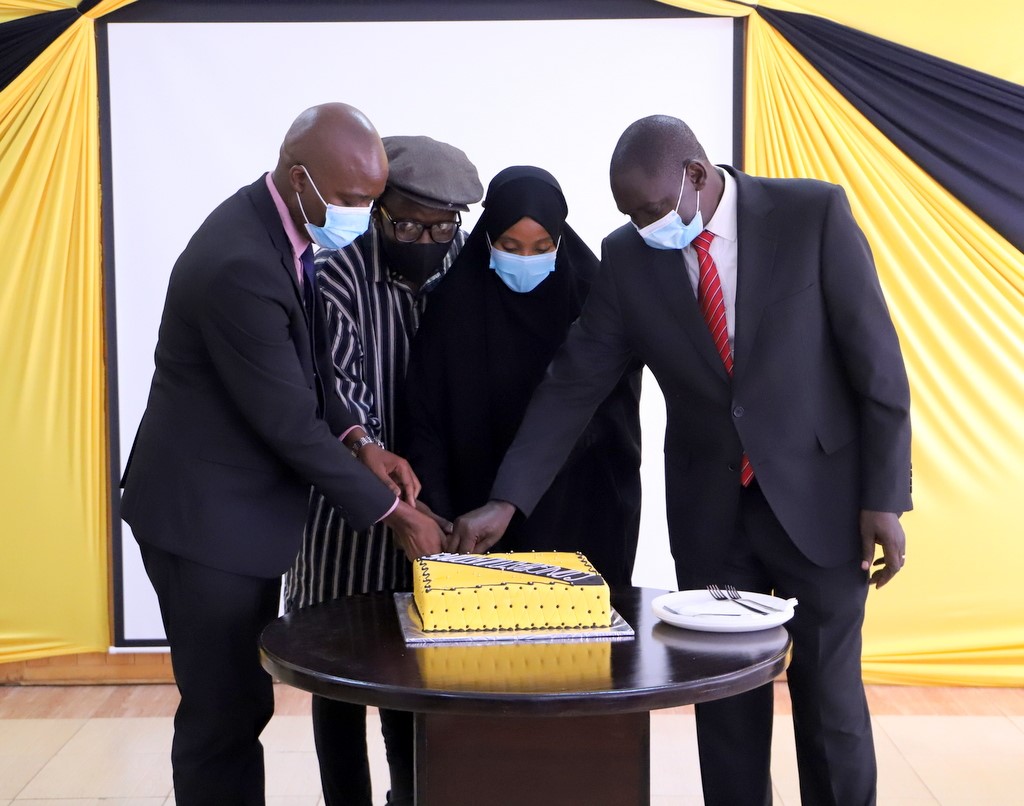 The graduates have developed individual scripts as well as three group scripts for Film and TV ready for production. As such, the Commission has planned a Pitching Session with content buyers whereby the graduates will get the opportunity to present their final scripts for commissioning.

Look out for the second edition of this Residency Programme.